We love what we do!

Our private personal training services are offered in a convenient location in the Heights, Houston. Contact us today to start achieving your health and body transformation goals.

The Edge Personal Training Studio has top personal trainers with the knowledge and abilities to help you achieve your goals. We're so confident in our personal training abilities we offer a 100% money back guarantee! 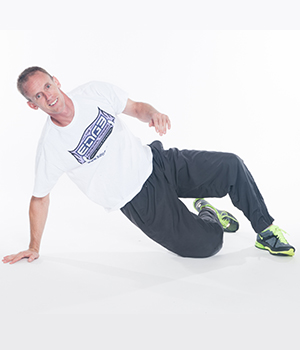 Tim Mousel, the owner of The Edge Personal Training is a trainer to the trainers! He has traveled nationwide teaching at fitness conferences attended by personal trainers, physical therapists and athletic trainers in need of continuing education credits. The courses cover the latest cutting edge information in the fields of exercise science, biomechanics, and fitness training. Since 1993 he has been teaching personal training programs at two of Houston's colleges. He's been actively involved in the fitness community since 1987. His extensive experience in the industry enables YOU to get results.

A Bachelor of Arts degree in Physical education and coaching (K-12), and a Master of Science degree in Sports Science from the United States Sports Academy have given Tim the ability to train clients in a professional, effective manner. In July of 2017, Tim joined an elite group of professionals in the health fitness and clinical fields by earning the Certified Exercise Physiologist credential from the American College of Sports Medicine. He went on to obtain the Exercise is Medicine Level 2 credential from the American College of Sports Medicine in September of 2017.

Tim has been training in the martial arts since 1980. He holds Associate Instructor certification under Bruce Lee protégé Guro Dan Inosanto to teach Filipino Martial Art as well as Jun Fan Gung-Fu which was received in 1990. Tim holds a Level 2 instructorship from the prestigious Minnesota Kali Group (1988), Full Instructorship from the Dubuque Martial Arts Group (1987) and a Black Belt in Tae Kwon Do (1986).

On September 12th, 2005 he received his purple belt in Brazilian Jiu-Jitsu from Leonardo Xavier. He has been honored as having an Associated school with Leonardo Xavier's Academy from Rio de Janeiro, Brazil. Tim has also completed the requirements for Coach Level 2 in Erik Paulson's Combat Submission Wrestling (2003). On March 15th, 2009, Erik awarded Tim with Coach Level 3. On Feb. 7th, 2009 making him the highest ranking CSW coach in the Southwestern United States. In November of 2012 Erik Paulson chose Tim as the Lead Pro Coach for the state of Texas. With this title he is responsible for training all the other coaches in Texas.

Tim completed the required course of study approved by the Abu Dhabi Combat Club for the Class C Certification and was awarded the Referee Certification. He is listed as Consultant for the book by Kru Tony Moore, "Muay Thai - The Essential Guide to Mastering the Art" (2004).

He has trained many of Houston's top martial arts instructors and has students he has trained compete at the highest levels of mixed martial arts competition including the Ultimate Fighting Championship (UFC), King of the Cage, Pride, national kickboxing and thaiboxing championships and professional boxing.

Our Approach and Philosophy 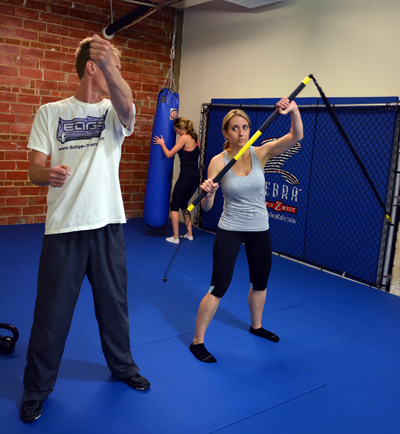 Just like technology, exercise science is a constantly changing field. As a Kinesiology Professor at a local Houston College, I'm immersed in the latest research and findings in the exercise field. This benefits you because you'll be exposed to the latest and greatest training methods. For example, as a client at The Edge Personal Training studio you'll learn:

At The Edge Personal Training studio you'll not only follow our unique workout routines, but will also receive an education that will help you understand the how and why of exercise so that when you go out on your own you'll have the knowledge to make good exercise decisions.

We'll make you feel like royalty. At The Edge Personal Training, our philosophy is very simple, You Come First!

I personally find indoor cardio equipment (treadmill, elliptical, etc.) extremely boring. I just can't do it! There are so many other ways of getting cardio that are so much more fun. One of the most effective in terms of burning large amounts of calories while keeping the heart in a training zone has been muay Thai kickboxing. We've incorporated this type of training into a very safe, effective form of exercise...without the bruises! You'll be learning the real moves but with a fitness goal in mind. It's such an amazing workout that I've created a muay Thai kickboxing course for the National Academy of Sports Medicine titled "Muay Thai Kickboxing for the Personal Trainer". It's a course taken by certified personal trainers looking to incorporate new effective workouts in to their training toolbox.

Some other unique things we do at The Edge Personal Training studio for cardio include the Tabata Protocol. Studies have proven that when performing the Tabata Protocol correctly (most magazines and trainers don't utilize it correctly!), 4 minutes a day of anaerobic exercise is more effective than 30 minutes a day at increasing your fitness level. Ask about it on your initial consultation, any of our trainers will be happy to explain it to you.

How about a white collar boxing session with veteran professional boxer Pat Swan? Boxing workouts are fun and can shoot your cardio through the roof!

And if you've got an interest in the combative arts, I've been training since 1980 and have trained world champions, UFC fighters and Mixed Martial Arts (MMA) champions. I've put together an amazing MMA program for fitness. Utilizing the ultra-effective moves in MMA, your overall fitness level can be taken to the next level.

Working out, losing weight, and transforming your body can be difficult and frustrating at times. We're your built in support system. We're here to help you. We want you to succeed and you don't need to do it alone. We'll guide you from Step A to Z on your journey. You can count on us to get you there.

After spending more than 25 years in the fitness industry and helping my clients transform  their bodies and their health I am confident I can do the same for you.

But since you don't know me yet, I want to take away any fears or skepticism you may have about coming to meet with me and my team and talking about how we can customize the perfect program you've been searching for to help you achieve your goals.

I hope my promise to you and the best guarantee in Houston Personal Training can help you  to see that we're different... Our job is to help you succeed!

And, it's because of our amazing track record that we can offer you this guarantee:

“If you don’t agree that your personal training experience was the most professional and  best you have ever had just let me know within your first 30 days I’ll give you a full refund –  no questions asked.

If for any reason and at anytime within your first 30 days you are not satisfied with your  workouts and have been training with me at least twice a week, I will refund your entire  package and pay for your first personal training session with another trainer!”

It just doesn't get any better than that. I sincerely look forward to helping you look and feel  your best while you achieve every one of the goals you have set for yourself! 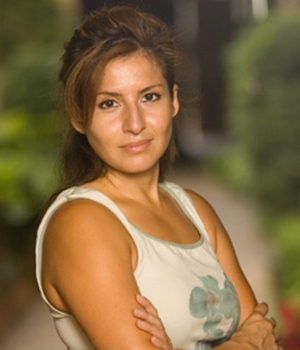 Norma Perez a dedicated Pilates Trainer and Group Instructor with an Associates Degree in Health and Fitness.  She enjoys working with a wide variety of clients and devoted to help clients with special conditions.

She will accomplish goals for her clients in weight loss, stamina, tone, and body awareness and she makes sure her clients understand the use the POWERHOUSE and SCOOP in her classes!  Norma has help athletes, from tennis, track, and marathoner, to enhance performance, core strength and explore the benefits of mind body control and power.

The Edge Personal Training studio offers cutting-edge personal training programs that will help you achieve your body transformation and fitness goals in the most efficient way possible.

Our unique programs are fun, effective and results-driven. We're so confident you'll get the results, we offer a money-back guarantee!